Carrie Morrison, Keturah Allgood and Ellen Trnka will be sharing the stage for an incredible show, all genders welcome. $5 cover

Carrie Morrison's music will break your heart - in the best way. Melodic and memorable, her songs make connections. A native of Louisville, Ky., Carrie started playing piano at age seven. She moved to western North Carolina in 2004, and has been a popular act at a variety of venues for over a decade. She is known for strong melody and personal, pithy, lyrics, ranging from the deeply emotional to the slightly silly. Her EP "Carolina Blonde" was released in 2013 and produced by the late Terry Wetton. Her latest album, "Miles and Miles," was produced by Chris Rosser, of Hollow Reed Arts Studio and award-winning ensemble Free Planet Radio, and was released in late 2017. Carrie enjoys collaborations with several WNC artists onstage and in the studio. She is proud to be a teacher of Exceptional Children at Brevard High School. She is married to Mike, the love of her life, her champion, and best roadie.

Keturah Allgood was born and raised right here in the mountains of Western North Carolina. Legend has it that she came out of the womb singin' - All she knows is that she can't seem to shut it off. She feels blessed to be able to share her message of hope and she believes music has the power to heal!

Ellen Trnka:
"Moving to Hendersonville in 2002 to help care for her aging mother, Trnka discovered how much she loved the mountains. She also discovered the will to accompany herself on guitar, and step out to sing as a solo artist. Trnka has become a fixture on local stages, covering singers such as Patsy Cline, Elvis, Etta James, and Ella Fitzgerald with an unpretentious, engaging style." -Bold Life
Read more...https://www.boldlife.com/jersey-girl/ 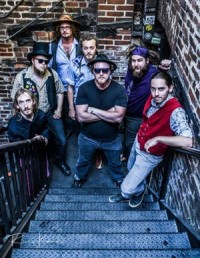