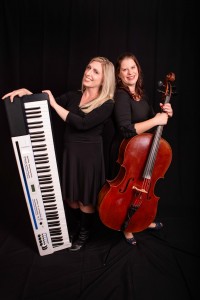 Carrie Morrison's music will break your heart - in the best way. Melodic and memorable, her songs make connections. The songwriter/pianist/vocalist, a native of Louisville, Ky., has been playing piano since age seven. She moved to “higher ground” in 2004, and has been a popular act at a variety of venues in the Western N.C. area for almost 15 years. Morrison is known for melodically strong songs with personal, pithy, lyrics, ranging from the deeply emotional to the slightly silly. Her classical, Broadway, and 70s influences can often be felt by audiences, and it works. Her EP "Carolina Blonde" was released in 2013 and produced by the late Terry Wetton. Her newest album, "Miles and Miles," was produced by Chris Rosser, of Hollow Reed Arts Studio and award-winning ensemble Free Planet Radio, and was released in late 2017. In Spring 2021, Morrison will release "The Neverwhere Sisters," an EP of original songs featuring JamieLeigh Bennett on cello and vocals. The EP was produced by Ginger Bird Studios, Daniel Nisbet and Andrew Thelston. Morrison has had airplay on WTZQ and WNCW, Knoxville's WDVX live Blue Plate Special, and all major streaming sites.

Morrison is proud to be a teacher of Exceptional Children, Reading, and English at Brevard High School, where she is grateful to work with wonderful kids and colleagues. She is married to Mike, the love of her life, her champion, and best roadie.

Upon moving to WNC, Jamie Leigh began performing with Hope Griffin and can be heard on cello and flute on Griffin’s albums, Where the Soil and the Stars Meet and And the Lights Will Shine.  She has also recorded with other artists in the area, including Andrew Thelston and Debbie Jackson.

Jamie Leigh also performs with Carrie Morrison as the duo The Neverwhere Sisters. The unique combination of piano, cello, flute, and vocals really seems to capture an audience, while also being something Jamie Leigh and Carrie look forward to doing together.  Carrie and Jamie Leigh recently recorded a four song EP of original music. "The Neverwhere Sisters," that is sure to be a standout.  Be on the lookout for its availability in spring 2021!!

Jamie Leigh enjoys traveling locally and around the country in pursuit of her music career.  She also teaches flute, oboe, clarinet, saxophone and cello at the WNC Music Academy and out of a private studio at her house.  She will be starting a MusicTogether program for children ages 8 weeks-5 years at the Academy in June 2021 and will be heading up a new insturment rental program through NEMC. 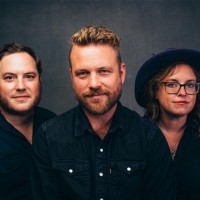